Known for: Gascoigne is best known as the original presenter of quiz show University Challenge, holding the post from 1962 until 1987.

School days: At Eton 1948-1953 (K.S.). Gascoigne was active in sports, particularly Fives and Aquatics, and won the Final of the School Fives in 1953. He was also a regular participant in debates and dramatic productions; after his performance as Antony in Julius Caesar he was described in the Chronicle as “by far the best natural actor in the whole cast.” He was elected to Pop in Lent 1953.

Career details, awards, etc.: Fellow of the Royal Society of Literature. Appointed CBE in the 2018 Birthday Honours for services to the Arts. 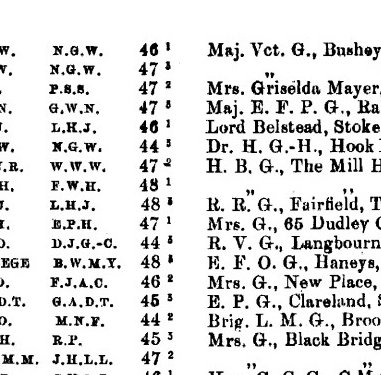 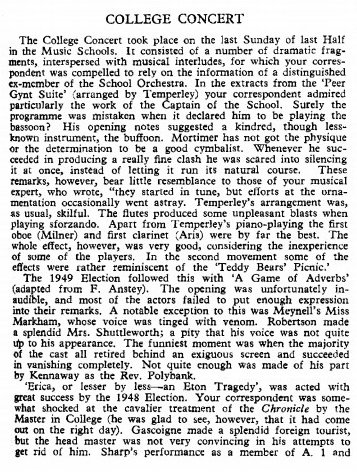 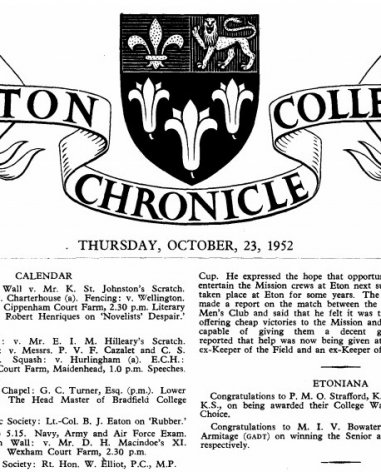 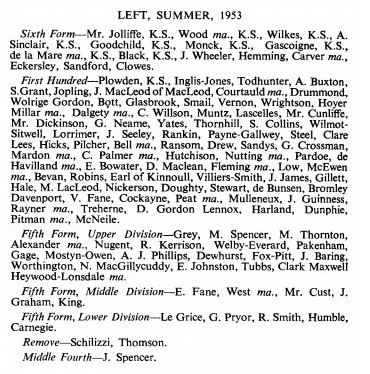 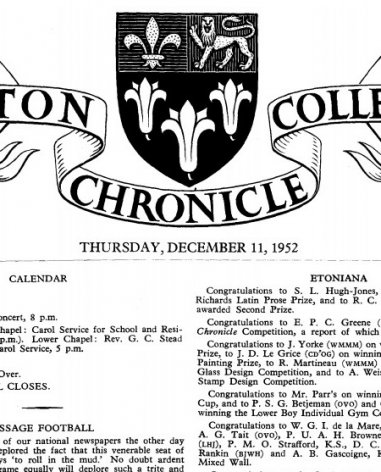 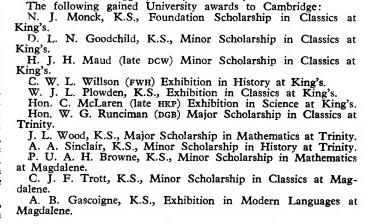