Known for: Billy was known for his bravery during the First World War, being the first officer in the War to be awarded the DSO (Distinguished Service Medal), Military Cross, and Victoria Cross.  He was also awarded the Chevalier of the Legion d’Honneur.  The Victoria Cross was awarded posthumously after Billy was killed at the Somme in 1916.  Billy’s father was already a recipient of the Victoria Cross (given in 1899) and so they are now one of only three father and son pairs to hold this award.  Billy’s medals are now held at the Royal Green Jackets (Rifles) Museum in Winchester and he is buried in Corbie Communal Cemetery in France.

School days: Congreve was at Eton from 1904 to 1907. He was in Hugh Macnaghten’s house During his time here, he showed a particular interest in rowing, taking part in various competitions throughout his school life. 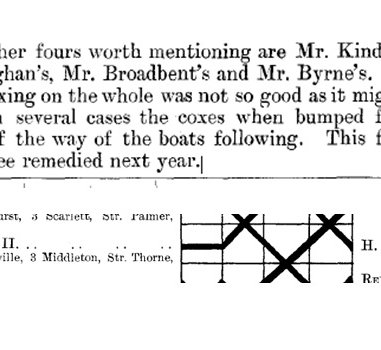 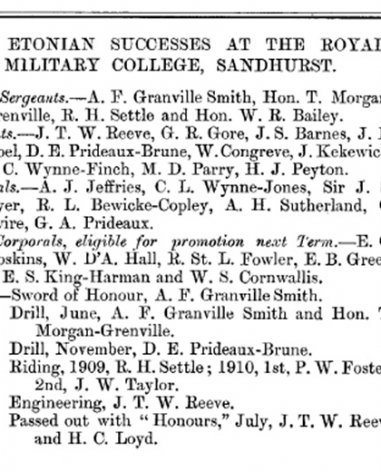 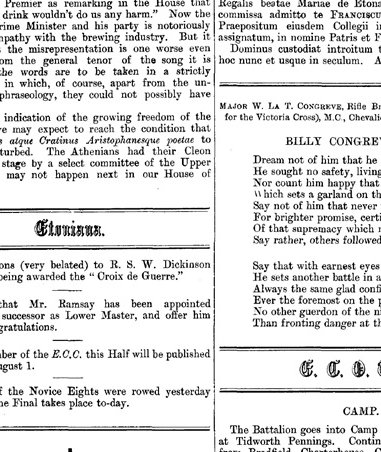 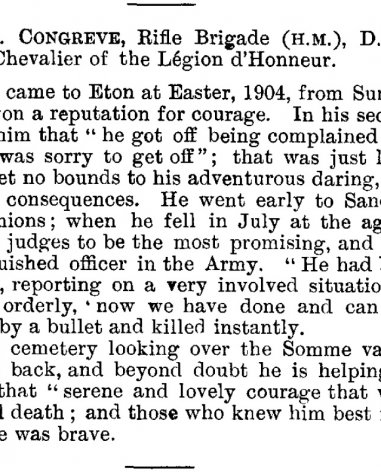 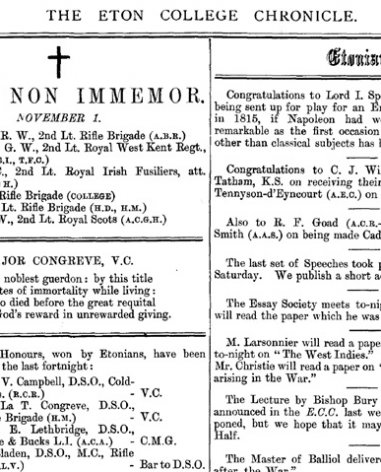