Known for: Captain Hook is a fictional character associated with J.M. Barrie’s world-famous creation, Peter Pan. The captain of the pirate ship, The Jolly Roger, Hook is Peter Pan’s rival and arch-enemy. Captain Hook’s first appearance was in J.M. Barrie’s original play from 1904: Peter Pan, or The Boy Who Would Not Grow Up. He also took a starring role in Barrie’s 1911 novelisation: Peter and Wendy.

School days: In 1927, J. M. Barrie purportedly visited Eton to give a speech about Captain Hook’s fictitious Eton days. In his speech, Barrie creates a mock biography of Captain Hook, following his career as a dry bob (a cricketer) as opposed, ironically, to a wet bob (a rower), as a member of Pop (a school prefect), and as an avid subscriber of the Eton Chronicle (the school magazine):

“Here is a discovery which must move those of you who have not hearts of flint, if any such there be. After the fatal affair, culminating in James’s decease, a search made in the cabin of his floating hulks brought to light that throughout the years of his piracy he had been a faithful subscriber to the Eton Chronicle. Hundreds of copies of it, much thumb-marked, were found littering his bunk.”[1]

Life and Career: There are a number of inferences towards Hook’s Etonian past in Peter and Wendy. Chapter 14, The Pirate Ship, makes reference to a “famous public school” and their “garments”, referring to the famous tailcoats that the boys still wear today:

“Hook was not his true name. To reveal who he really was would even at this date set the country in a blaze; but as those who read between the lines must already have guessed, he had been at a famous public school; and its traditions still clung to him like garments, with which indeed they are largely concerned.”

The same chapter also makes a much more direct reference to Eton, naming Pop, otherwise known as the Eton Society, a selective group of B Blockers who act as school prefects:

“If Smee was lovable, what was it that made him so? A terrible answer suddenly presented itself: ‘Good form?’

Had the bo’sun good form without knowing it, which is the best form of all?

He remembered that you have to prove you don’t know you have it before you are eligible for Pop.”

Even at his moment of defeat at the hands of Peter Pan, Captain Hook reminisces about his schooldays, thinking upon the Wall Game (a ball game unique to Eton), his uniform, and even of his homework being “sent up for good”, a tradition still in practice today in which a particularly good piece of work is stored in the College’s Archives:

“The other boys were flying around him now, flouting, scornful; and as he staggered about the deck striking up at them impotently, his mind was no longer with them; it was slouching in the playing fields of long ago, or being sent up for good, or watching the wall-game from a famous wall. And his shoes were right, and his waistcoat was right, and his tie was right, and his socks were right.”

Chapter 15, Hook Or Me This Time, Peter and Wendy

Barrie’s original play affords Captain Hook a more dramatic death, though still with a pointer to his schooldays, when with his last breath, he spouts Eton’s Latin school motto, ‘Floreat Etona’, or ‘May Eton Flourish’.

“Peter remains sitting in the air still playing upon his pipes. At this sight the great heart of HOOK breaks. That not wholly unheroic figure climbs the bulwarks murmuring “Floreat Etona”, and prostrates himself into the water, where the crocodile is waiting for him open mouthed.”

Peter Pan, or The Boy Who Would Not Grow Up, Act V, Scene I, The Pirate Ship 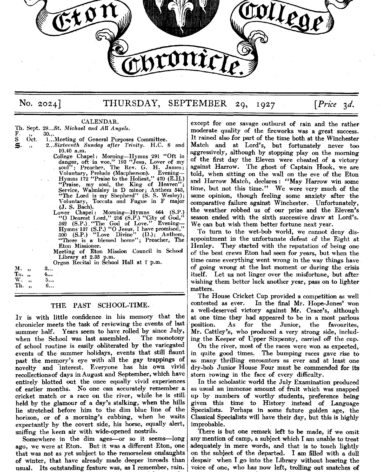 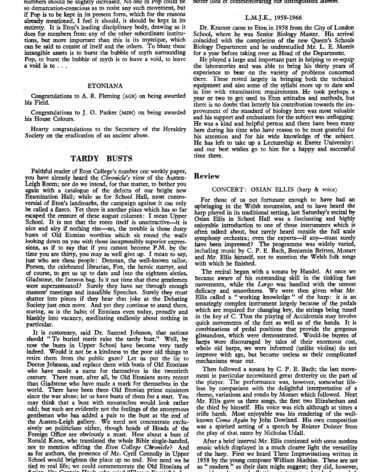