Known for: Ogston was a biochemist who specialised in the thermodynamics of biological systems, with a particular focus on connective tissue. He is attributed to the ‘three-point attachment’ contribution to stereochemistry. He was also the President of Trinity College, Oxford from 1970 to 1978.

School days: Ogston won a number of prizes for Trials and also won the Prize for General Paper in Science in 1928. He was also part of the Scientific Society and Essay Society. He won the Brackenbury Science Scholarship at Balliol College while at Eton in 1928. 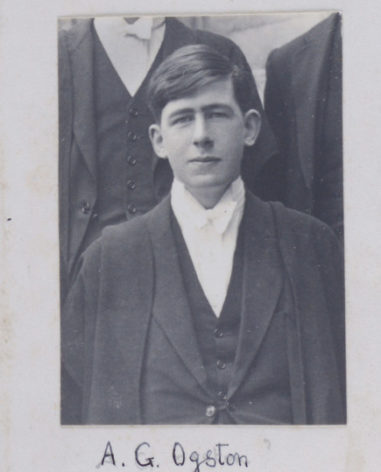