Known for: Buller is known for his military career. His early career was distinguished by receiving the Victoria Cross for his brave actions in the Zulu War, 1879. His later career was marred by failures during the Boer War.

Lieutenant Colonel Buller served in the Zulu war of 1879, where he commanded a raid on a large herd of cattle that were on the top of Inhlobane Mountain, he set off with 5oo mounted men. The ascent was so steep that it was hardly passable for horses, but they succeeded in gaining the summit, when Buller saw about 6 miles away a force of 20,000 Zulus advancing on them. The men beat a hasty retreat, men and horses struggled, fell and crowded together. The advancing Zulus promptly fell upon them spearing the horses and the men. It was during this terrible time that Lt. Col. Buller performed the many heroic acts for which he was deservedly awarded the Victoria Cross. Captain D’Arcy, Lieutenant Everitt and a trooper of the Frontier Light Horse were all one after another rescued by him from the ferocious Zulus. Rallying his men he rode time after time at the hordes of enemy and by his personal courage, cool behaviour and undaunted resolution held them in check and covered the retreat. Captain Thomasson, says not only did Buller save many men that day but it is impossible to how many more owed their lives to his bravery.

His military career took him to the Boer War of 1881, he was in the Intelligence Department during the Egyptian war 1882, taking part in the battles of Kassassin and Tel-el-Kebir for which he was mentioned in despatches. He received the medal and clasp 3rd Class Osanieh, Kedive Star and was created KCMG. He served in Soudan 1884 mentioned twice in despatched and promoted Major General. He was Chief of Staff in Soudan 1884-5 again mentioned in despatches and created KCB. Quartermaster General 1887, Under Secretary for Ireland 1887, Adjutant General 1890-7 and in command of Aldershot 1898-9.

On the outbreak of war in South Africa in 1899, at the age of 60, he reluctantly accepted the command of the British forces and successfully conducted the operations for the relief of Lady Smith, which by the way was captured by the first moving picture cameras of the war. A battle at Coleno went desperately wrong for the British forces. In a later action at Spion Kop, further delays and confusion resulted in another disaster that left 243 British soldiers dead. The ill-equipped troops were not given enough shovels to dig proper trenches, and many of the dead lay in hastily dug ditches. The war continued for two more years leaving over 22,000 British dead.

In Britain the political and military establishments needed someone to hold accountable and Buller was targeted. However, the public rallied to his support, and in 1905 a statue of him on horseback was erected in Exeter, a rare honour for someone still alive. Due to these failures in the Boer War, Buller’s name retains a reputation as a byword for military stupidity.

His military career over, the old General returned to his beloved Downes House in Crediton, Devon to end his days in peace. A plaque commerating his life was hung in Exeter Cathedral. 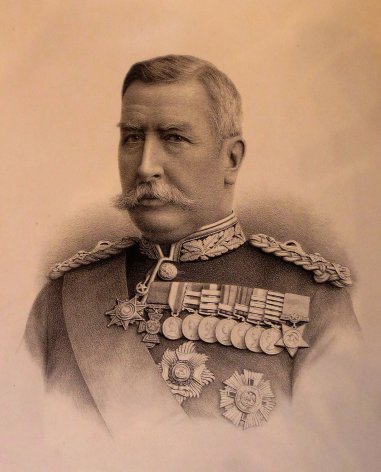 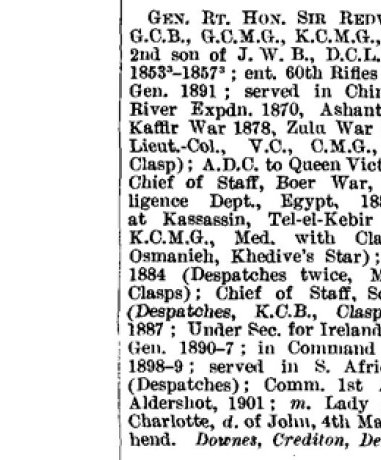