Known for: A composer, most well-known for his musical settings of A.E. Housman’s collection of poetry, A Shropshire Lad, and for his friendship with Ralph Vaughan Williams. A promising musical talent, Butterworth was killed, aged thirty-one, during the Battle of the Somme.

School days: Butterworth was at Eton from 1899 to 1904. As a King’s Scholar, he immersed himself in the community as a member of the Eton Society, the Musical Committee, College Wall, College Field, and the Racquets and Fives teams. He was also awarded a Sent up for Good in Music in 1904.

At Oxford University, Butterworth met Ralph Vaughan Williams and Cecil Sharp, both avid collectors of English folk songs. They often travelled together, and in 1907, in Sussex, he collected The Banks of Green Willow, which he adapted into what would become one of his most famous orchestral pieces.

At the outbreak of WW1, George joined the 13th Battalion Durham Light Infantry. As Lieutenant, he won the Military Cross, but died on 5th August 1916 in the Battle of Pozières, part of the Battle of the Somme. He was buried alongside a trench, but the exact position was lost and his body never formally recovered. His name appears amongst the 72,244 names inscribed on the Thiepval Memorial.

After Butterworth’s death, his father, Sir Alexander Kaye Butterworth, privately printed a Memorial Volume collecting together George’s war diaries, compositions, reviews of concerts, and tributes written by his friends. Few are known to have survived, but one resides in the Eton College Archives.

Evidently, George’s musical promise was obvious. After George’s death, The Chronicle published an obituary on 19 December 1916:

“Thought by nature reticent and self-critical, he had completed a string quartet and a delicately scored orchestral piece before he left [Eton]. He had in fact obtained a wide recognition as a composer of unusual promise…There is little doubt that…English music has suffered an incalculable loss by his untimely death.” 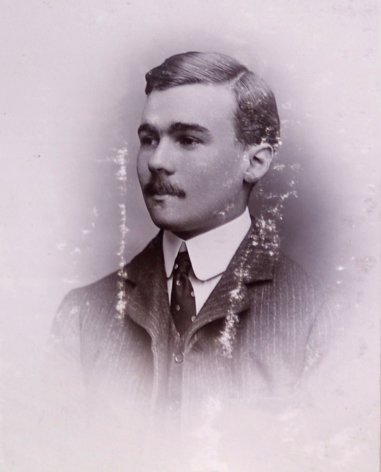 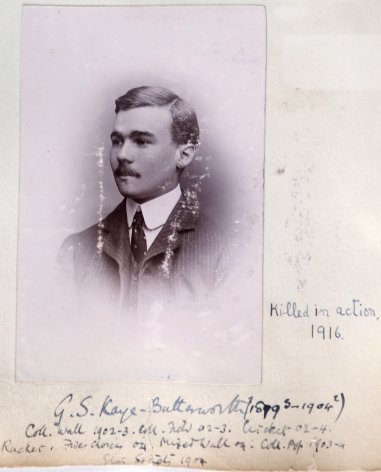 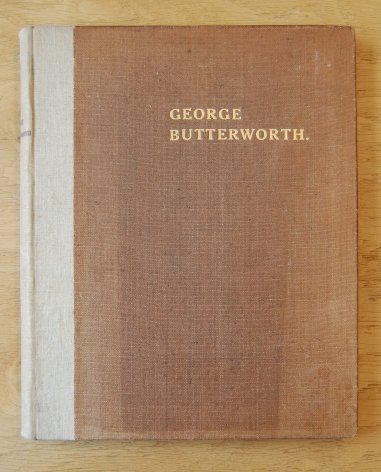 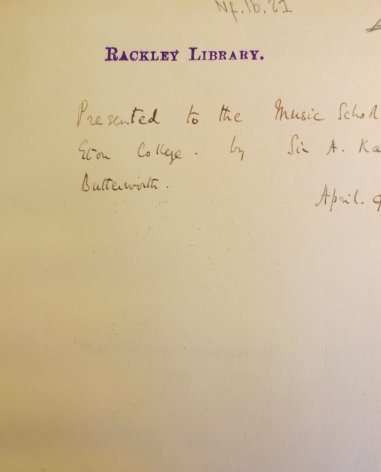 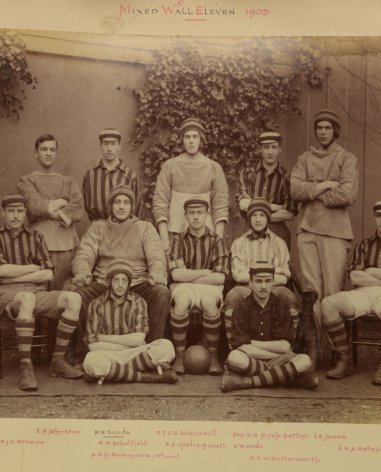 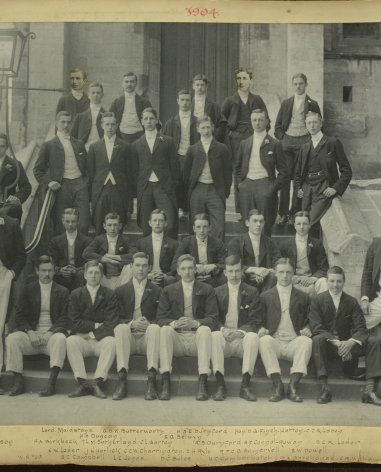