Known for: One of the best footballers of his generation, he advanced the game of football. After establishing the Football Association, he played in a record-setting nine FA Cup finals.

School days: Kinnaird was at Eton from 1861 to 1865. He was an all-round sportsman, but is known most for his involvement in football. He is widely recognised as a founder of the Football Association, which was formed in 1863, during Kinnaird’s time at Eton. The FA unified the various forms of football being played across public schools. A member of the Eton Society, known as Pop (school Prefects), he went on to Trinity College Cambridge, and continued his football career.

Life and career: After school, Kinnaird played football for the Wanderers and the Old Etonians. In 1872 he arranged the first game of England versus Scotland which led to the formation of the Scottish Football Association and the annual England-Scotland match.

Of the nine FA Cup finals he played, he won five; three with the Wanderers in 1873, 1877 and 1878; two with the Old Etonians in 1879, 1882. The programme for the 1882 game against Blackburn Rovers is in the College Archives, and is one of the oldest known FA Cup final programme. It would be the last time an amateur team would win the trophy.

He was the longest serving President of the Football Association from 1890 to 1923.

After the death of his father, Kinnaird took his place in the House of Lords. Outside of football, he was also President of the YMCA, Lord High Commissioner of the General Assembly of the Church of Scotland, and director of Barclays Bank. 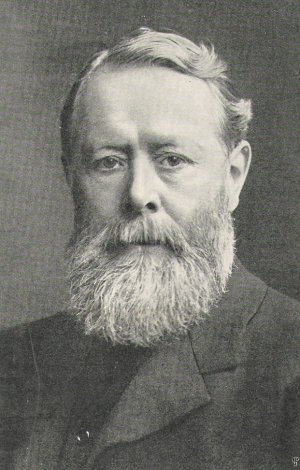 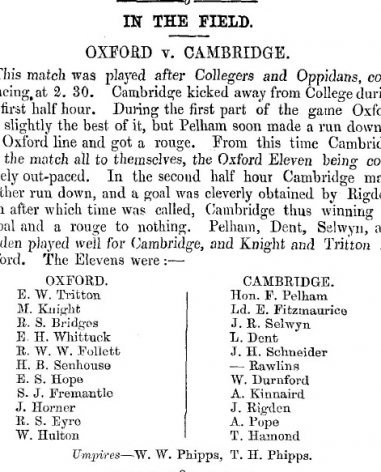 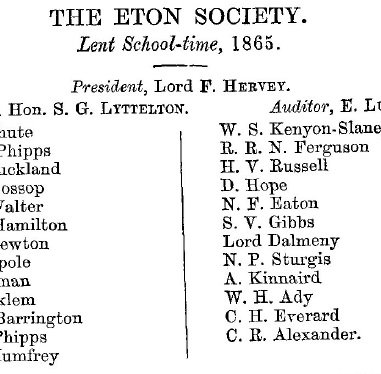 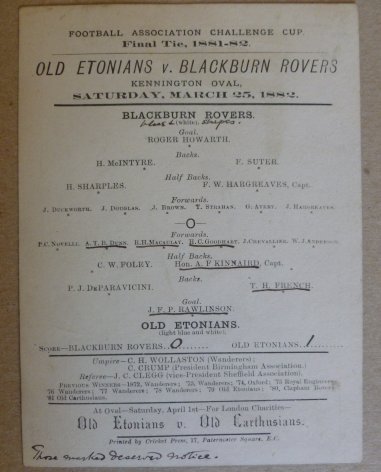