Known for: Natural philosopher and scientist, Boyle was one of the founders of modern chemistry and one of the pioneers of the modern experimental scientific method. He is famous for Boyle’s Law

School days: Boyle was at Eton from the age of eight in 1635 to 1639. His father’s friend, Sir Henry Wotton, was then the provost. During this time, his father hired Robert Carew, to act as private tutor to his sons in Eton.

Life and career: Robert Boyle was born in 1627 at Lismore Castle, in County Waterford, Ireland, the seventh son and fourteenth child of the First Earl of Cork. After spending over three years at Eton, Robert travelled abroad with a French tutor. They visited Italy in 1641 and remained in Florence during the winter of that year studying the “paradoxes of the great star-gazer” Galileo Galilei, and thus began his interest in science.

On the death of his father he was bequeathed the manor of Stalbridge in Dorset as well as substantial estates in County Limerick in Ireland. Now financially secure, Robert resided at Stalbridge House and dedicated his life to scientific research. He was living through turbulent times, the civil war was raging but at no time did he take up arms on either side. Robert soon took a prominent place in that band of enquirers, known as the “Invisible College“, who devoted themselves to the cultivation of the “new philosophy” namely science. In 1654, Boyle moved to Oxford to pursue his work more successfully. An inscription can be found on the wall of University College, Oxford, (now the location of the Shelley Memorial), marking the spot where Cross Hall stood until the early 19th century. It was here that Boyle rented rooms, hired Robert Hooke, a university undergraduate, to be his assistant and conducted experiments with a vacuum pump built and designed for him by Hooke. It was at this time that he formulated Boyle’s Law: the volume of a mass of gas is inversely proportional to its pressure.

In 1663 the Invisible College became The Royal Society of London for Improving Natural Knowledge, and the charter of incorporation granted by Charles II named Boyle a member of the council.

In 1668 Robert left Oxford for London where he resided at the house of his elder sister Katherine Jones, Lady Ranelagh, in Pall Mall. He experimented in the laboratory she had in her home and attended her salon of intellectuals interested in the sciences.

Through the Royal Society, Boyle was introduced to Isaac Newton and the two became firm friends. Both interested in alchemy, for Boyle chemistry was the science of the composition of substances, not merely an adjunct to the dark art of the alchemist. He endorsed the view of elements as the indecomposable constituents of material bodies and made the distinction between mixtures and compounds. He made considerable progress in the technique of detecting their ingredients, a process which he designated by the term “analysis”. Robert Boyle is regarded as the father of chemistry.

During in his life time he made a “wish list” of 24 possible inventions of the future, which included “the prolongation of life”, the “art of flying”, “perpetual light”, “making armour light and extremely hard”, “a ship to sail in all winds”, “practicable and certain way of finding longitudes”, “potent drugs to alter or exalt imagination, memory and appease pain.” They are extraordinary because all but a few have come true. 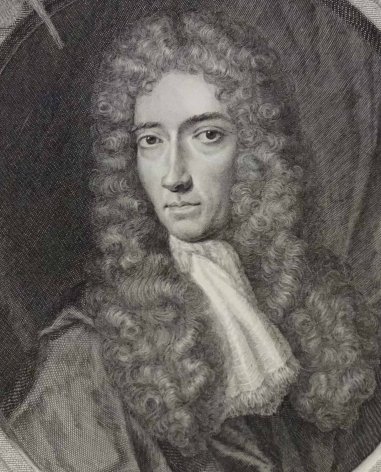 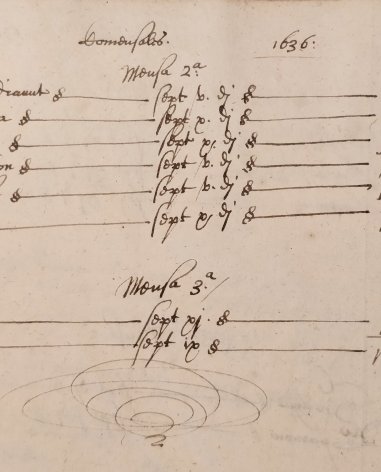 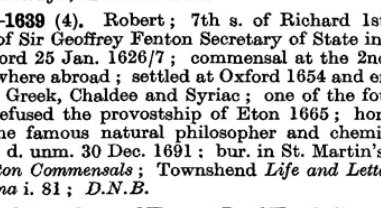