He has published thirteen more cook books, and established a business which also runs a cookery school. Fearnley-Whittingstall’s broadcasting work has included several high profile campaigns, most especially concerning the fishing industry and the national obesity crisis. He continues to work as a journalist and wrote a weekly column for The Guardian between 2006 and 2014.

School days: Hugh Fearnley-Whittingstall was at Eton from 1978 to 1983, in Villiers House under housemaster RH Hardy. During his time at the school he was very active in school plays and contributing to the school journal, The Chronicle. 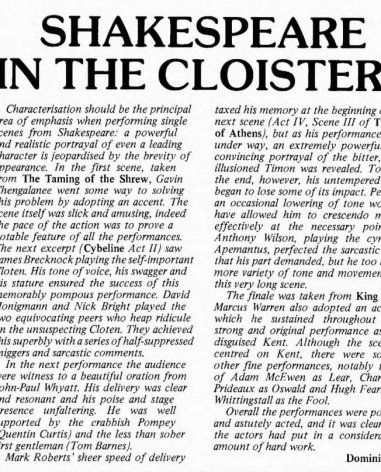