Known for: Haldane is known for his numerous contributions to science, such as the ‘primordial soup’ theory, Haldane’s principal, links between malaria and sickle-cell anaemia and population genetics. He was also the first to have thought of the idea of human cloning and the first concept of IVF, or ectogenesis as it was then known.

School days: While at Eton, Haldane held the position of Captain of the School in 1911 and won a number of prizes, such as the Russell prize, the Tomline prize, the College Chemistry prize as well as numerous other Trials and Assistant Master prizes. He was also a member of the Eton Society. 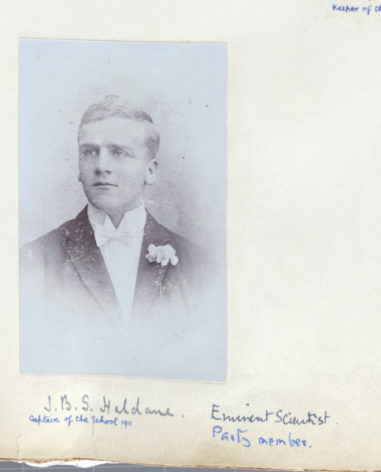