Known for: Influential economist whose focus on macroeconomics in particular relating to employment led to a school of thought known as Keynesian economics.

Life and career: Keynes was born 5th June 1883. His father, John Neville Keynes was an economist and later an academic administrator at King’s College Cambridge. His mother was one of the first female graduates of the same university.

At Cambridge Keynes was influenced by economist Alfred Marshall who prompted Keynes to shift his academic interests from mathematics and classics to politics and economics. Cambridge also introduced Keynes to the Bloomsbury Group, which counted among its members Virginia Woolf, the painter Duncan Grant and art critic Clive Bell and Lytton Stachey. He was a brilliant student at Cambridge and after earning a B.A. in 1905 and an M.A. in 1909, Keynes became a civil servant, taking a job with the India Office in Whitehall. His experience there formed the basis of his first major work, Indian Currency and Finance. He then returned to Cambridge where he taught economics until 1915.

With the outset of World War One Keynes returned to government employment this time in the Treasury where he studied relations with allies and recommended conserving Britain’s scant supply of foreign currencies. His performance may have marked Keynes for a public career, but the Versailles Peace Conference changed his aspirations. Accompanying Prime Minister Lloyd George to France as an economic adviser Keynes was troubled by the political chicanery and burdensome policies that were to be imposed upon defeated Germany and prophetically predicted that it would foster a desire for revenge among Germans. He resigned his post depressed, to quote from a letter to his father, by impending ‘devastation of Europe’.

Keynes published The General Theory of Employment, Interest and Money in 1936. In it Keynes provided an economic basis for government jobs programs as a solution to high unemployment. The general theory was one of the most influential economics books in history which became a benchmark for future economic thought. It also secured his position as Britain’s most influential economist. 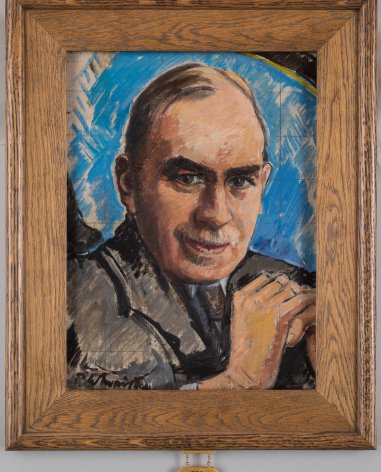 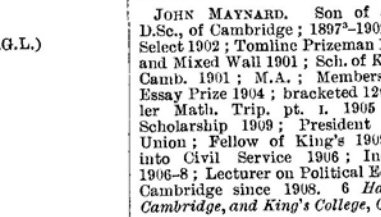