Known for: Theatrical producer, actor and director of performing arts, Benthall is known mostly for working at Stratford-Upon-Avon and directing London’s Old Vic Theatre, breathing new life into the theatre and productions of Shakespeare. In addition to theatre he worked with ballet and opera.

His productions were known for their expressionistic approach and visual splendour. Between 1953 and 1962 he was artistic director for the Old Vic, which saw him stage all 36 plays in Shakespeare’s First Folio over five years. Benthall also directed on Broadway, including two productions starring Katharine Hepburn, Shakespeare’s ‘As You Like It’ and ‘Coco’, for which he was nominated for the Tony Award for Best Director (Musical) in 1970. He was appointed CBE in 1960.

He attended Oxford University, where he met his lifelong partner and frequent collaborator, actor and dancer Robert Helpmann.

In 1959 Benthall returned to Eton to speak to the Literary Society, who described him as having ‘a Shakespearean sense of humour’. 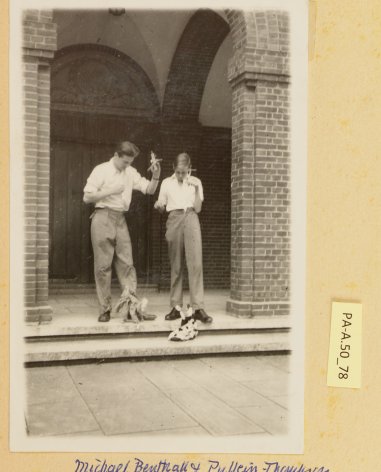 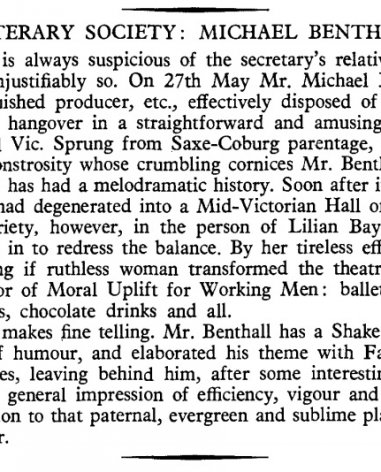 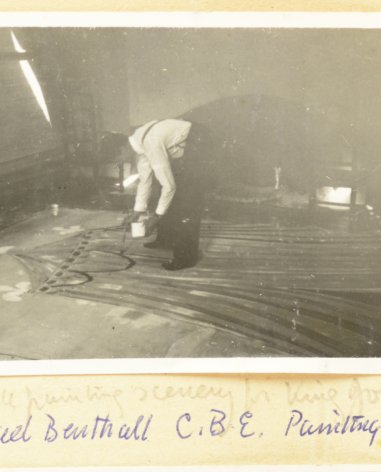