Following a promising career at Eton, James took a scholarship at King’s College Cambridge. He was successively appointed a fellow, Dean and then Provost of King’s, which position he held until he returned to Eton as Provost in 1918. His scholarly interests had their roots in his experiences as a boy at Eton, and included theology, church architecture and decoration, and the cataloguing of medieval manuscripts. His ‘descriptive catalogues’ of the Cambridge college collections of medieval manuscripts were a staggering achievement, and set the standard for British manuscript description for a generation.

He is best known to a wider audience for his ghost stories, which originated as Christmas entertainments at King’s, possibly for the boy choristers. The first published collection, Ghost Stories of an Antiquary, was printed in 1904. The scholarly details, the appearance of sinister manuscripts and other antiquarian artefacts, and the donnish tone of the ghost stories clearly show the influence of his academic milieu. The best-known stories, including ‘”Oh whistle, and I’ll come to you, my lad”’, ‘Casting the Runes’, and ‘The Tractate Middoth’ have been repeatedly adapted for TV and radio. 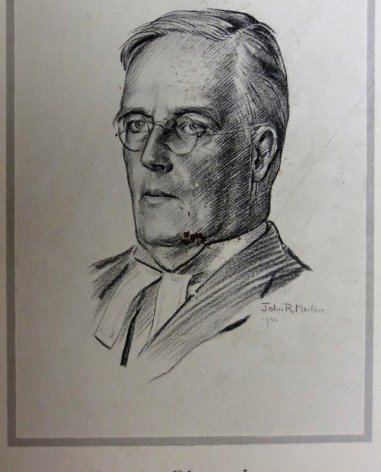