Known for: A prominent classicist and war poet, he died on active service as a battalion commander during World War One.

He is best remembered today for his poem Achilles in the Trench, one of the best-known war poems of the World War I. The poem, which constitutes a commemoration of the war, was written while Shaw Stewart waited to be sent to fight at Dardanelles (close to the site of ancient Troy). Through allusions to the Trojan battlefield and Homeric Iliad it reveals the heart of a soldier who is examining himself to see if he is strong enough to give up not only his life, but all his future hopes and dreams leaving them on the desolate shore of the Turkish coast.[1]

Shaw-Stewart’s career was one of great academic brilliance, matched by a steely determination to succeed. He came to Eton with a scholarship in 1901 and he won the Newcastle Scholarship in 1905 two years before his time against very formidable competition.[2] He was successful in every intellectual contest for which he entered, and faced every new language and every new subject with complete ease and mastery.[3]

After Eton he got a scholarship to study at Balliol College in Oxford where he won the Craven, the Ireland, and the Hertford Scholarships in Classics, as well as Firsts in Honour Classical Moderations (1908) and Greats (1910). His closest friends at Balliol were all Etonians (Ronald Knox, his biographer later and L.E. Jones, who also wrote about him).[4]

He joined the Royal Navy when World War One was declared in 1914 and in February 1915 he was posted to Dardanelles, where he served from the beginning of the campaign until the evacuation of January 1916.[7] He was killed on 30 December 1917, in France. He is buried at Metz-en-Couture in the British extension to the communal cemetery.[8] 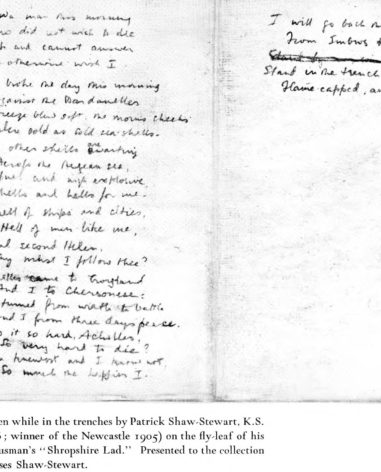 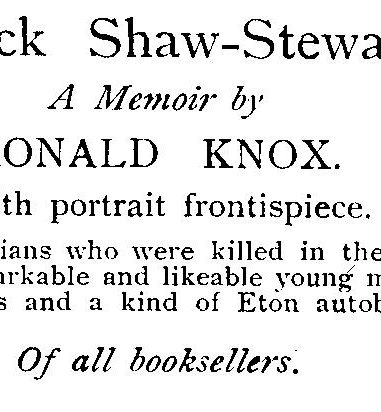