Known for: Though largely unrecognised during his own lifetime, Shelley is now considered one of the foremost poets of the English Romantic movement. A close friend of Lord Byron, Shelley is also known for his marriage to Mary Shelley (née Godwin) who, in 1818, published the gothic novel Frankenstein.

School days: Shelley was at Eton from 1804 to 1810. He disliked Eton intensely, and was brutally bullied. There is only one allusion to his school life in his poems, in ‘The Boat on the Serchio’. The poet Thomas Love Peacock spoke of the persecutions that Shelley endured. Some were recounted in The Chronicle in 1968: ‘Shelley-baiting was an enjoyable and well-recognised pastime, and lurid accounts are handed down to us of his being pursued screaming round the Cloisters by hordes of bloodthirsty Collegers’. Mary Shelley herself wrote of the ‘determined resistance to oppression’ (Shelley led a revolt against the time-honoured practice of fagging at Eton) that caused him to be treated with ‘appalling cruelty’ by the boys.

Life and Career: Born in 1792 in West Sussex, Shelley was the eldest son of Sir Timothy Shelley Bt., a Whig MP. Though bullied at Eton, he had a happy childhood. In 1810, Shelley went to Oxford University, but was sent-down a year later after publishing a pamphlet entitled The Necessity of Atheism. In his early twenties, Shelley was introduced to William Godwin, a political philosopher whom he admired. Increasingly unhappy in his marriage to his first wife, Harriet Westbrook, Shelley frequented Godwin’s home and met Godwin’s daughter, Mary. The daughter of the celebrated feminist Mary Wollstonecraft, sixteen year-old Mary was highly-educated, and Shelley fell in love with her. In 1814, the pair abandoned their families and travelled to Switzerland, where they befriended the infamous Lord Byron. In 1816, Shelley’s wife Harriet was found drowned in the Serpentine; barely three weeks later, Shelley and Mary married before travelling to Italy in 1818. They spent the next four years travelling and Mary gave birth to four children, only one of which survived early childhood. Tragically, in 1822, at the age of 29, Shelley was drowned whilst out sailing in the Gulf of La Spezia in north-west Italy. His body was cremated and his ashes were interred in Rome, though it is believed that his heart was taken from his funeral pyre and kept by Mary until her death in 1851. 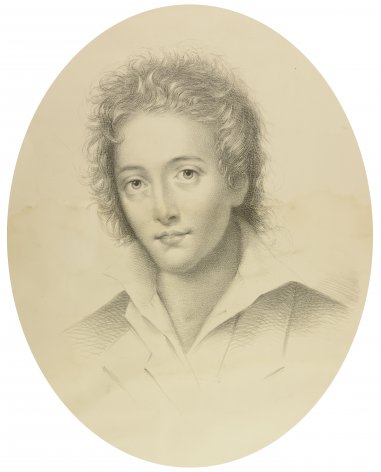 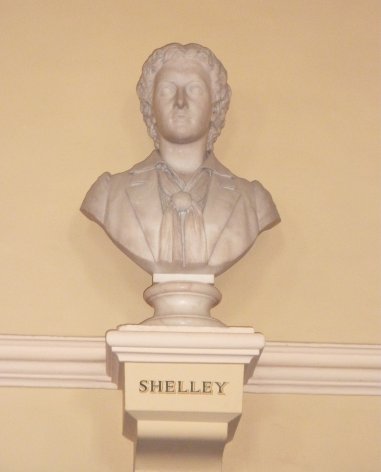 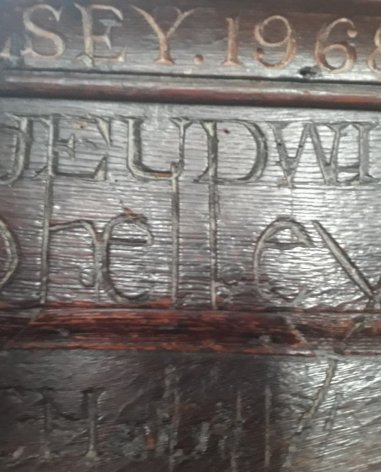 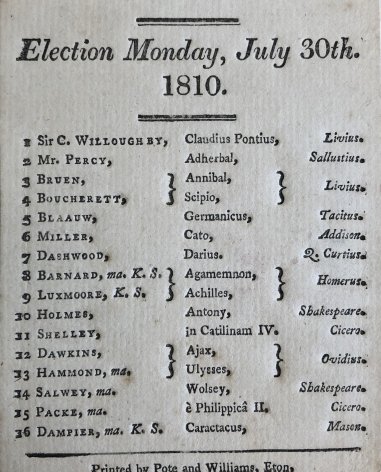 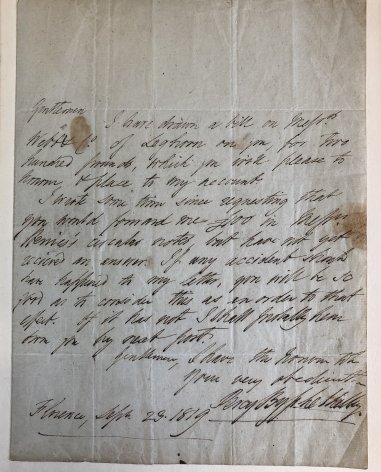 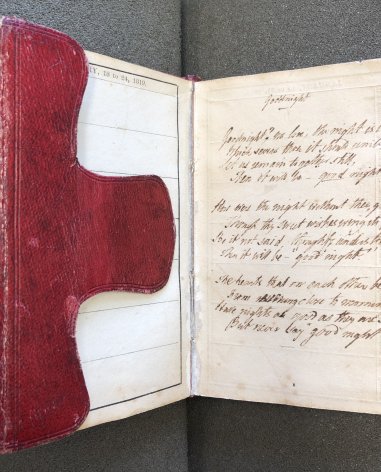