Known for: Serving in the First World War.

Alongside other family members, twins Francis and Riversdale Grenfell are commemorated on a plaque in the Cloisters, Eton College. Both were educated at Eton College before pursuing separate careers – Francis as a soldier whilst ‘Rivy’ entered the banking profession. The twins left for France and arrived in Mons in Belgium on 21st August 1914. For his actions only three days later, Francis was awarded the Victoria Cross for his bravery leading the B Squadron to retrieve guns under heavy fire from the Germans. Francis was wounded and returned to England to recover. ‘Rivy’ was still serving in France, and was killed on 14th September 1914 while directing fire on German positions. During the Second Battle of Ypres, in May 1915, Francis was shot and died shortly afterwards. 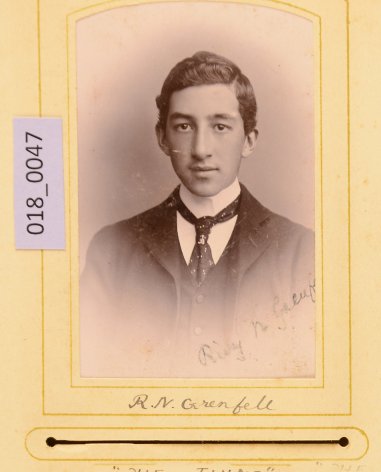 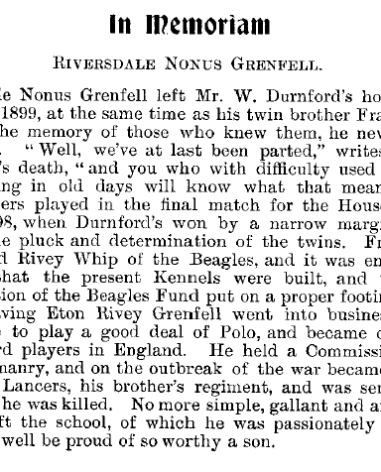 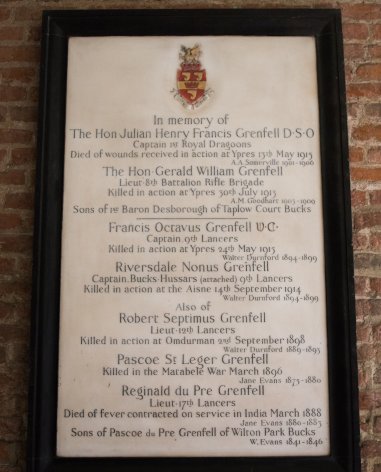