Known for: 3rd Earl of Essex, English Parliamentarian and soldier

Robert Devereux was the second son of the second Earl of Essex (also Robert Devereux), sometime favourite of Elizabeth I, but who led the eponymous rebellion in 1601 and was executed for treason in February 1601. His mother was Frances, the daughter of Elizabeth’s spymaster, Sir Francis Walsingham, so the family was thoroughly embedded in the English court.

School days: It has been suggested that the young Robert Devereux suffered greatly from the lack of a father figure, and his dispatch to Eton may have been precipitated by his mother’s removal to Ireland, following her remarriage.[1]  The entry in the Eton Register indicates, however, that the Privy Council had concerned itself with the education of  Devereux fils, and he entered the College in the care of Sir Henry Savile, the Provost. Intriguingly, Savile himself had been arrested on suspicion of involvement in rebellion led by the young man’s father. The Essex earldom and estates had been forfeit following his father’s execution, so the young Devereux would have been seriously short of funds, until James I magnanimously restored his position in 1604.

Devereux became a companion to Prince Henry, the heir apparent, although their relationship appears to have been combative. It is reported that in 1610, the Prince of Wales called his friend the ‘son of a traitor’ and that Devereux retaliated, hitting him with a tennis racquet and drawing blood.[2]  He was apparently quick to take offence, and to respond physically and he was associated with various brawls and duels.

Like his father before him, the third earl of Essex had a highly developed sense of his own honour, and was quick to perceive a slight. His career at court was peppered with disappointments, and there was a notable cooling in his relationship with the king.

Essex seems to have been a popular man, at least with those who served in the armies he raised to support the Protestant cause in Europe. He seems to have been a skilful and benevolent leader of men. Acutely aware of the costs of war, in  human terms, he became a somewhat reactive commander. When Charles I ascended the throne, Essex found himself at odds with the king’s policies and increasingly marginalised from the political fulcrum of the court. It is perhaps, then, unsurprising that when civil war broke out, he took the Parliamentarian side, something that the rebels counted as a significant feather in their caps. A high-ranking nobleman in the Parliamentary forces was felt to legitimise the military action taken against the king.

Many Etonians were involved in the conflict but, perhaps predictably, the larger proportion who took to arms fought in the Royalist cause.[3]  Although a Parliamentarian, Devereux was an implacable opponent of Oliver Cromwell, and headed the ‘Presbyterian’ faction in the House of Lords. The Presbyterians had supported the ill-fated Newcastle Propositions, which would have severely curtailed the king’s power within his lifetime, had an agreement been reached.

Devereux retained a taste for power and aspired to a vice-regal role, and had adopted some of the trappings of such office. His sudden death in 1646 averted a potential political crisis.[4] The rest, as they say, is history! 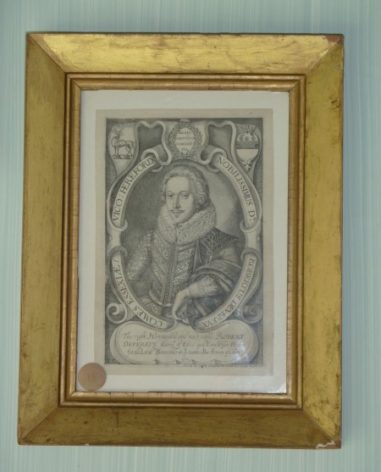