Known for: A keen explorer, Snow is best known for his discovery of the source of the Amazon River: a Peruvian glacial lake.

After a sporting injury excused him from military service, Snow joined John Brown on an expedition to South America in 1951. After confirming the source of the Amazon River, Snow, eager to explore further, then undertook a gruelling descent through the Peruvian Andes towards the mouth of the river. In his book, My Amazon Adventure, Snow describes this expedition in great detail. The book is reviewed in the 19th November 1953 issue of the Chronicle.

Snow continued to go on expeditions throughout his life. The Rucksack Man tells of his journey from Patagonia to Costa Rica which he completed entirely on foot.

School days: Sebastian Edward Farquharson Snow studied at Eton College from Lent 1942 to Lent 1947. His housemaster was A.C. Beasley-Robinson (followed by F.J.A. Cruso in his final year). The School Clerk’s Register suggests that Snow went on to study at Christ Church, Oxford, before leaving on his expedition with Brown in 1951. 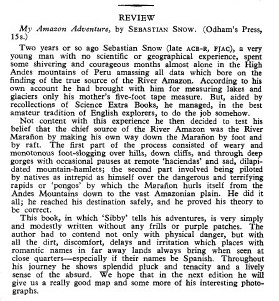 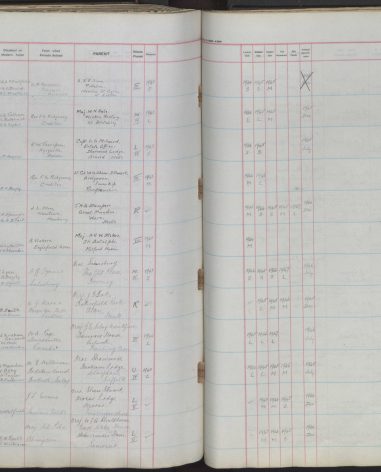