Known for: Miers was a mineralogist and crystallographer, as well as the Vice Chancellor of the Victoria University of Manchester 1915-1926. He became a Fellow of the Royal Society in 1896. He was also a Fellow of Eton College from 1904.

School days: Miers won the Geology prize for the Science Prize Examination in 1875. He was also a member of the Literary Society ad delivered a paper on ‘Alchemy’ to the Society in 1877, which according to the Chronicle was of ‘unusual merit’. 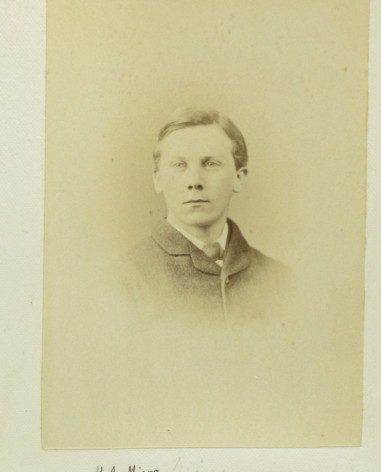