Known for: One of the most distinguished, multidisciplined scientists of the Victorian era, with significant contributions to astronomy including originating the Julian day system, and to photography with the invention of cyanotype, which led to the blueprint, and photographic fixer.

School days: He was educated for a short time at Eton, leaving in 1802, and then privately tutored. He entered Cambridge in 1813. He was extremely good at Mathematics and out performed all the other students to become the ‘Senior Wrangler’.

Life and career: His father was William Herschel the astronomer, who often received visitors from eminent scientists from all over the world, who wanted to view the largest telescope so far developed, which incidentally he kept in his back garden in Slough.

He left university in 1816 to follow a career in law, but quickly turned to astronomy and helped his father in many of his observations.

He assisted in the foundation of the Astronomical Society and received the Gold Medal in 1826, (again in 1836) and the Copley Medal in 1821.

He went to South Africa in 1833, taking with him his family, and a large reflecting telescope with which to observe the stars in the Southern Hemisphere. He recalls this time as the happiest of his life. Whilst there he and his wife Margaret studied the flora and produced a work of 131 botanical illustrations. He took photographs and Margaret added the detail. He contributed to the discipline of photography by suggesting many improvements, for example that Sodium Thiosulphate be used as an agent to fix the image onto the glass plate. A young Charles Darwin visited him when the Beagle arrived in The Cape of Good Hope.

He returned to England in 1838 and served two terms as President of the Royal Astronomical Society. He died in 1871, leaving a legacy of many inventions and contributions to science. 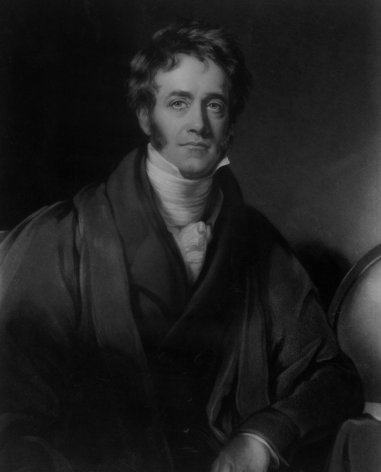