Known for: Huxley was an evolutionary biologist, eugenicist and internationalist. He strongly believed that natural selection was a key part of evolution and was one of the key figures in popularising biological science among the public. He was also the brother of Aldous Huxley.

School days: At Eton, Huxley won a variety of prizes such as the Biology prize and the Hervey Verse prize, as well as achieving a distinction in Trials 7 times. Huxley was also a keen vocalist and performed in both a vocal quartet and duet in the 1901 School Concert. He also took part in the College and Mixed Wall game in 1905. 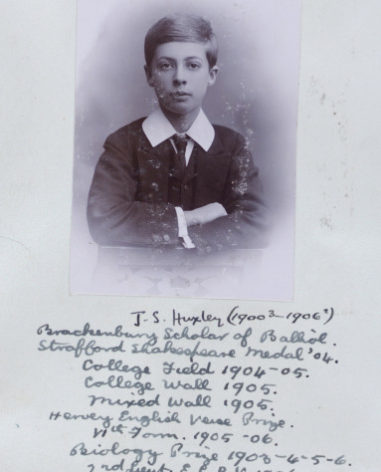